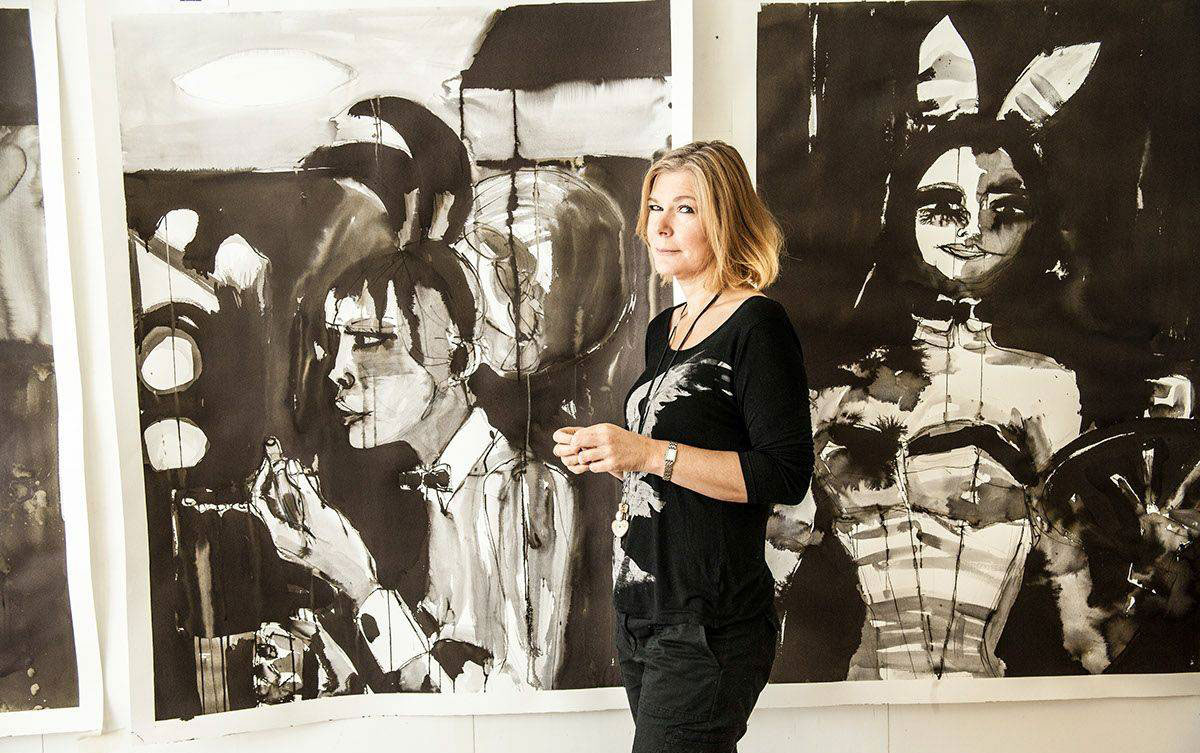 Julia holds a BA Hons and MA in Fine Art Painting from The City and Guilds School of Art London.  She also holds a Post Graduate Diploma in Printmaking from Central St Martins and did her first Degree in English and Fine Art at Exeter University.   She has taught printmaking at The Mary Ward Centre, an art teacher at Trevor Roberts School, Belsize Park, London as well as being a private tutor.

She has exhibited in the United Kingdom as well as Internationally and her work is held in private collections.  She has exhibited for many years at the Royal Academy Summer Exhibition being selected by Eileen Cooper RA and Gus Cummings RA.  She has had a One Woman Show at The Arts Club in Dover St, London.  Group Exhibitions have included work shown with Flowers – Small is Beautiful, Terrace, Transition Gallery, APT Creekside, Sim Smith, Sarah O’Kane Contemporary, Long & Ryle, Linden Hall Studio Gallery, The Freud Museum and The London Art Fair amongst others.

Prizes include ‘Best in Show’ from Sir Peter Blake at the Originals Print Show at The Mall Galleries for her 8ft Collograph of a Wedding Dress and the Fishmonger’s Prize for her print work at City & Guilds School of Art. Her work is on permanent display in the C20th Room at The Geffrye Museum, London.